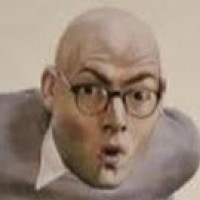 There is an old game called “two truths and one lie”. It goes like this: a person makes three statements. From the three, two statements will be true and one will be a lie. Other players must then guess which of the statements is the lie.

“Two truths and one lie” is a perfect game for a retrospective or as an ice-breaker during a lessons learned session.

The Truth Behind the Lie

So nothing more remarkable here than the fun factor of the game. But what is so special about the game? What makes the game special is rooted in human psychology. Normally people tend to feel more comfortable disguising a problem than directly talking about it. So critical issues will pop up on the surface as truths disguised as lies.

For instance one participant might say “I feel that my ideas are always taken into account on our technical discussions” when what he actually thinks is: “my technical suggestions always get rejected and I do not understand why, which makes me feel undervalued”.

That is one of the benefits of lying in the retrospective, problems will get uncovered and thus we will have the opportunity to discuss together with the team how to improve the situation.

Assuming that the lie refers to an issue, the benefit of lying is that other participants might label a truth as a lie or vice-versa. That helps to find out differences in the participants’ perspective of the same matter.

If the team then starts exposing arguments for why they differ in their opinions and then everyone explains her or his position, the conversation can lead to: (1) improved awareness of issues by the team as a whole where some members have not identified a problem as such before (2) potential solutions for the issue at hand coming from the participants that consider the issue less critical.

Retrospectives can become monotone after some iterations. Introducing games in a retrospective will help to maintain a high level of members’ engagement and can also drastically improve the quality of the feedback that is collected.

Lying, when used properly, is in fact the best way to tell the truth.

Suggestions: How to play